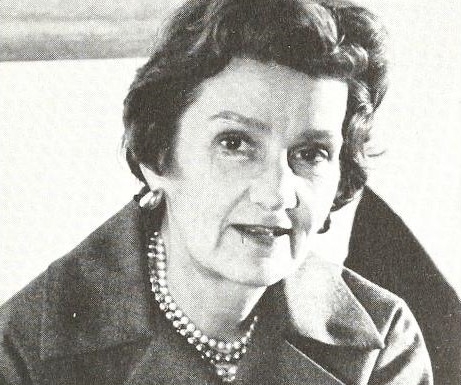 Dorothy Hood was born in New Holland, Pennsylvania in 1902. Hood’s early interest in art led her to attend the New York School of Applied Design and the Art Students League of New York. While working for Macy’s department store she met art director Harry Rodman. When he started a position with Lord & Taylor he brought Hood along with him. Rodman used Hood’s talents to capitalize on his new advertising strategies in the 1930s.[1] His goal was to promote the store’s personality and fashion identity through the use of fine art.[2] Hood’s unique style of black-and-white wash drawings were ideal for newspaper reproduction and were instantly recognizable as Lord & Taylor’s, reflecting their brand.[3]

Hood worked directly from life, posing her models to mimic real life activities women could identify with. She tended to include minimal backgrounds to add more dimension to her scenes.[3] Hood also designed the logo for Lord & Taylor, and she and other illustrators such as Jean Karnoff, Helen Hall, and Carl Wilson incorporated this logo into advertisements for the store.[1] Hood’s successful illustrations appeared in newspapers and magazines for decades, providing the public with a sense of what the well-dressed American woman should be wearing.[3]

While on a vacation in Bermuda in the 1950s, Hood was in a motor bike accident that seriously injured her right arm. She taught herself to draw with her left hand so she could continue illustrating for Lord & Taylor, which was a difficult transition for the artist.[3]

Dorothy Hood, known as Lord & Taylor’s top illustrator at the time, died on March 17, 1970 of cancer at Doctors Hospital in Manhattan. She was inducted into the Society of Illustrators Hall of Fame in 1992. Many of her illustrations are among the 20th century fashion illustrations in the Frances Neady collection at the Fashion Institute of Technology.[1]