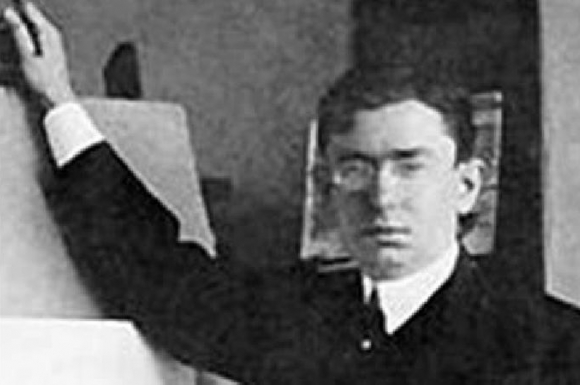 Joseph Clement Coll (1881-1921) is an American illustrator renowned as a master of the pen and ink medium. With great command over his pen, he could form both delicate subtle lines and bold black slashes. In addition, he could define varying tonal values in his drawings using only black ink.[1]

Born in Philadelphia as the youngest in a large family of Irish ancestry, Coll was perhaps a bit quiet and introspective as a child. As his father and brothers worked as bookbinders and printers, Coll was around paper, ink, type and illustrations from an early age. He enjoyed drawing and reading romantic literature. After graduating from Philadelphia’s Central High School, where he took basic art courses, Coll continued developing his drawing skills working as a newspaper sketch-artist.

During the turn of the 20th century, the American newspaper industry reached its height in power. Newspapers attracted some of the smartest, most talented, and most ambitious individuals. They worked hard, but prided themselves as being impactful players in society, above the humdrum outside world. In this industry, workers became acquainted with the latest writing, painting, acting, and music of the western world. For Coll, working for the New York American, the Chicago American, and the Philadelphia North American newspapers encouraged his growing creativity.[2] As a newspaper illustrator, Coll had to travel to a site to observe and quickly sketch newsworthy scenes such as a meeting, game, or riot. With short deadlines, he would develop a detailed drawing based on his preliminary sketch (as well as his memory of the scene) to possibly appear in the next morning’s paper. With a profound visual memory, Coll thrived in his career. However, given the demanding deadlines and crude paper for newspaper drawings, Coll produced for the newspapers simpler illustrations with more emphasis on lines than tonal values.[3]

As Coll’s technical ability and distinguishing style matured in his early twenties, he left the newspaper industry to foster his talent as an independent illustrator. A friend, patron, and prominent art editor, J. Thompson Willings, encouraged Coll to embark on this path and provided him with manuscripts to illustrate. Unlike his work for newspapers, better quality paper and more advanced printing techniques allowed Coll to employ greater detail with subtle tonal values.[5]

During this time, Coll developed a process for drawing pen and ink illustrations. To draw male figures, he used a model, and made pencil sketches of the model on tracing paper. He would rub the back of the paper with pencil and then trace the sketch onto an illustration board. Then Coll lightly penciled over the tracing, incorporating tonal values. When everything was drawn out to his satisfaction, Coll went over the pencil lines with pen and ink, rarely making a mistake or alteration.

With a growing career, Coll died from complications due to appendicitis at the age of forty. He never gained the following of his famous predecessors in pen and ink, mostly due to his entry into the scene at a time when the medium was in temporary decline and when tastes shifted towards the gaudy and vulgar.[6] However, Coll’s legacy endures as one among the great pen and ink artists, widely studied and praised by students and enthusiasts of pen and ink illustration.