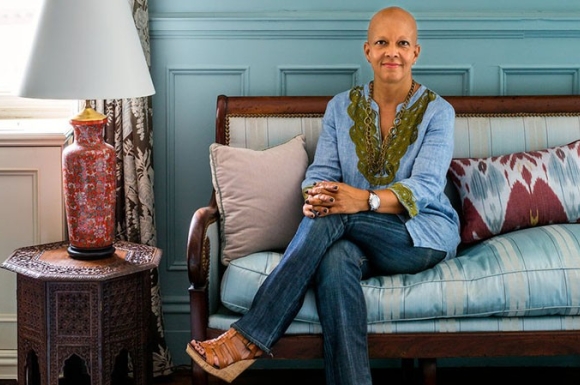 Sheila Bridges is an internationally-recognized designer who lives and works in Harlem, a creative cultural community that is the backdrop for Bridges work.

Of her Harlem Toile de Jouy design, Bridges said, “As an African American living in Harlem, I have always been intrigued and inspired by the historical narrative of the decorative arts, especially traditional French toile with its pastoral motifs from the late 1700s. I'm entertained by the stories these patterns tell and the questions they sometimes raise. But after searching for many years for the perfect toile for my own home, I decided that it quite simply didn’t exist. I created Harlem Toile de Jouy initially as a wallcovering, then expanded the collection to include fabrics, bedding, plates, glassware, umbrellas and clothing.” This design portrays African Americans in classical settings and lampoons some of the stereotypes deeply woven into visual culture.

The designer’s work is in the collections of many major museums, and Bridges was named Best Interior Designer by TIME and CNN.