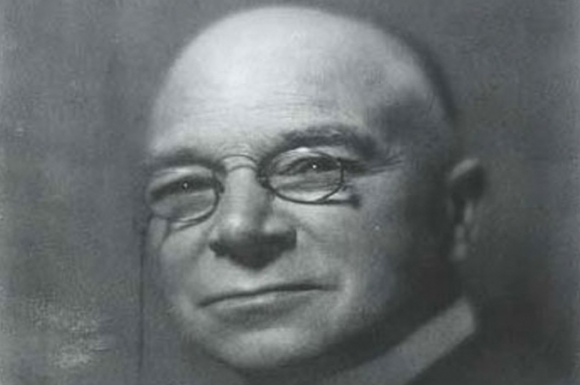 George Brandt Bridgman (1864-1943) was born in the Canadian province of Ontario. Bridgman grew up in Toronto, Canada, where he attended the Ontario School of Art before relocating to study in Paris in 1883. Bridgman became a student of Jean-Léon Gérôme (1824-1904) at the acclaimed École de Beaux-Arts, a school that focused heavily on life drawing in charcoal. The École de Beaux-Arts produced many of the Art Students League of New York’s early faculty. After working with Gérôme, Bridgman moved on to study with Gustave Boulanger (1824-1988) before settling in New York City in 1889, where he would remain for the duration of his career.

Throughout his more than forty years teaching at the Art Students League in New York City (first 1898-1900, then 1903-1943), Bridgman lectured exclusively on drawing, specifically that of the human form. As a talented anatomist, he taught methodically, using formulas he had devised that reduced the human body to geometric shapes and forms. Though the more creative types in his classes pushed back against this formulaic approach, Bridgman maintained that it was the best way to learn and delineate the complexities of the figure. He discouraged the use of color, often citing that “you can’t paint a house until it’s built.”

Despite his highly specialized and particular form of pedagogy, Bridgman had an open mind when it came to his student body—he accepted men and women working together from nude models in the same class as early as 1929, an anomaly at a time when many art school classrooms were segregated by gender when working from the nude or draped model. He had no reservations when it came to interacting with the models and would often attempt to draw on a model’s skin with his chalk, much to their discomfort.

Nearly 70,000 students passed through Bridgman’s class at the League, including such significant artists as Gifford Beal, Will Eisner, Paul Manship, Andrew Loomis, Edmund Ward, Arshile Gorky, Jackson Pollock, and Norman Rockwell. Rockwell provides the most colorful description of Bridgman, as observed in his memoir, My Adventures as an Illustrator (1960). Rockwell notes that Bridgman was often formally dressed in a three-piece suit but goes on to describe him as a rumpled man who seemed to always come to class after a few drinks—one could assess his condition by the askew state of his necktie.

Rockwell served as a monitor in Bridgman’s class, selecting and posing models as well as assisting Bridgman as needed. Bridgman kept a skeleton on a brass ring in his locker, which he would often have the monitor produce for demonstrations of the movement of a particular joint or the shape of a bone. According to Rockwell the enthusiastic Bridgman would burst out, “‘See that,’ he’d say, folding the wrist back toward the forearm, ‘this structure here does it,’ and he’d go on to explain how the bones and muscles of the wrist worked. ‘It’s a damned wonderful thing,’ he’d say.”[1] The artist urged his students to visualize the internal structure of the body when observing and drawing the external.

Bridgman is the author of several instructional books, many of which remain in use today. Bridgman’s Complete Guide to Drawing from Life, his most comprehensive volume, contains over one thousand anatomical drawings. Bridgman’s other books delve into the representation of features, faces, and hands, for which he retained a particular fascination. Bridgman wrote his lauded Book of a Hundred Hands because he could not find an instructional publication that, in his opinion, adequately conveyed the way an artist should approach  this complex feature. The introduction of this book makes mention of the art of Renaissance masters and reflects that Bridgman would have studied works at the Louvre and the Metropolitan Museum during his stays in Paris and New York, respectively. Muralists frequently commissioned Bridgman to draw figures; Rockwell says that though Bridgman was not creative, his talent as a draftsman was unmatched.

Though there is little information available about Bridgman’s personal life, he is known to have a wife, daughter, and granddaughter, as indicated by the dedications in his books. Bridgman died in New York in 1943 after more than forty years of teaching at the League. He was succeeded at the Art Students League of New York by one of his students, Robert Beverly Hale. Norman Rockwell Museum in Stockbridge, MA holds a significant collection of Bridgman’s anatomical drawings, which appeared in his publications, as well as large-scale figure studies, which he produced for the benefit of the students in his classes.

Illustrations by George B. Bridgman