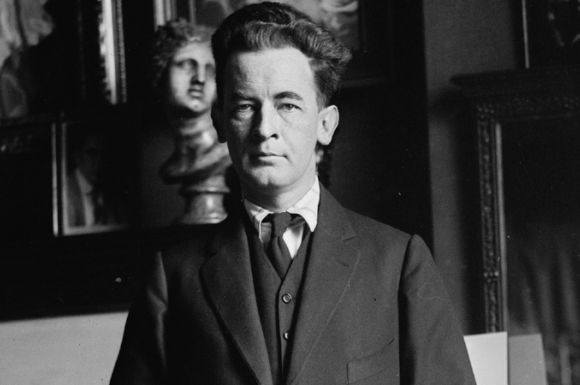 The only difference between a fine artist and an illustrator is that the latter can draw, eats three square meals a day, and can afford to pay for them.

Famous for one of the world's most recognizable images, the I Want YOU for the U.S. Army poster created during World War I, James Montgomery Flagg (1877-1960) was also renowned for his elegant pen and ink illustrations crated for the periodicals of the day. Flagg possessed an ability to render exquisite images through deft strokes of the pen.