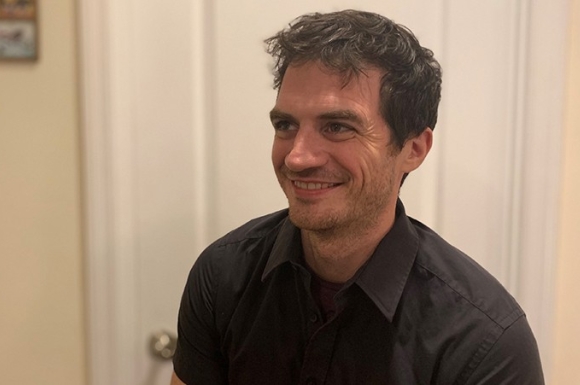 The dark humor of Charles Addams and Edward Gorey is apparent in Scott Brundage’s watercolor paintings. His illustrations often possess a sweet quality, with a nod to the sinister. Brundage’s work has appeared in several children’s books, including all twelve volumes of The Monster Hunter series by Jan Fields, published from 2014 to 2018. The artist commented, “This niche was my bread and butter for a couple years—scary monsters that are more goofy than actually upsetting, and super fun for me to draw and kids to read about.”[1]

Brundage also painted the images in the delightfully devious adult-themed children’s book, A Brain is for Eating (2001) by Dan and Amelia Jacobs. The publisher notes, “It’s a survival guide for the underserved youth of the post-apocalyptic population.” However, Brundage has also found success in illustrating numerous children’s books that do no contain monsters, including Ellis Paul’s The Night the Lights Went Out on Christmas (2015), and Susan Blackaby’s Where’s My Cow? (2021).

In addition to his contributions to literature, Brundage’s musings on politics, social media, and current events have appeared in editorial illustrations for Scientific American, The Weekly Standard, The Observer, Wall Street Journal, Washington Post, and New York Times.

Regarding his work with otherworldly creatures and monsters from urban legends, Brundage stated, “Fantasy is an opportunity to try and sell any idea to your audience. Something as bizarre as a giant monster made of twigs and slime can become believable through the art form. Aliens live among us, magic is real, dragons exist and artists like myself are lucky enough to paint those things for a living.”[2]

Guyer, Reyn and Scott Brundage. Albert Day: Where Have You Been? North Charleston, SC: Palmetto Publishing, 2021.