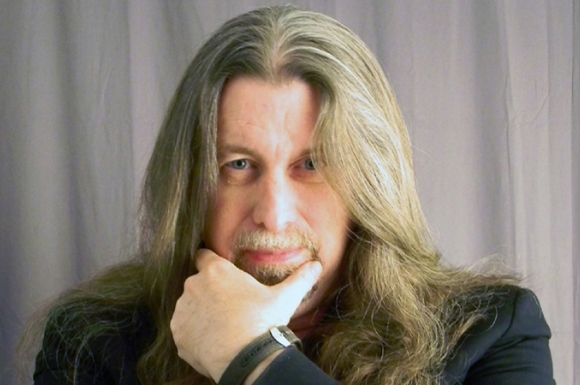 One of the established superstars of “weird fantasy” artwork, Bob Eggleton has illustrated and written numerous science fiction and fantasy books, and between 1994 and 2004 won the prestigious Hugo Award for Best Professional Artist eight times. His work has been showcased in the 1995 book Alien Horizons: The Fantastic Art of Bob Eggleton, and the 2000 volume Greetings from Earth: The Art of Bob Eggleton. In 1995, Eggleton painted the cover for the Lovecraft-inspired Cthulhu 2000: A Lovecraftian Anthology, a collection of stories by eighteen horror and fantasy authors. He continues to illustrate monsters and aliens, and designed a horrifying painting of Cthulhu for the Norman Rockwell Museum's 2021 exhibition, Enchanted: A History of Fantasy Illustration.