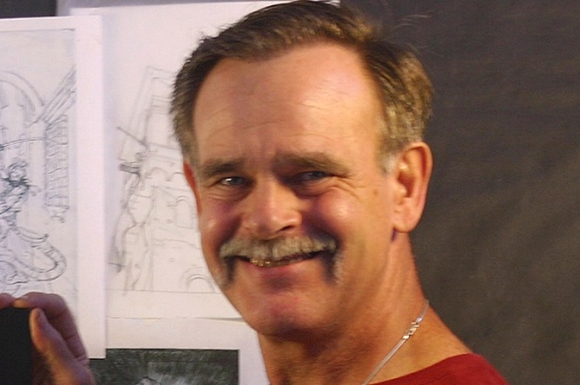 Throughout his forty-year career in fantasy and science fiction illustration, Don Maitz (b.1953) has worked on a variety of projects. He has produced scores of illustrated covers for books by numerous celebrated authors, including Piers Anthony, Isaac Asimov, Ray Bradbury, Orson Scott Card, Stephen King, and more. When Captain Morgan Spiced Rum launched in 1982, the company commissioned Maitz to create the iconic image of Captain Morgan. Maitz has also created concept art for such films as Jimmy Neutron: Boy Genius (2001) and The Ant Bully (2006).

His artwork has been showcased in the books First Maitz: Selected Works by Don Maitz (1988) and Dreamquests: The Art of Don Maitz (1993). The Association of Science Fiction and Fantasy Artists has honored him with ten Chesley Awards, and the World Science Fiction Society has given Maitz two Hugo Awards for Best Professional Artist.