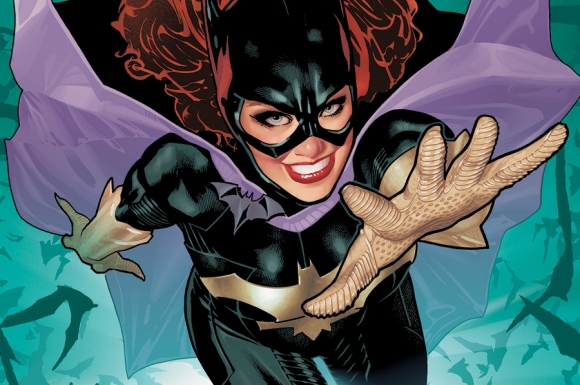 The precursor to comic books, cartoons have been popular in England and America since the early 1800s, originating as satirical and political cartoons printed in newspapers and periodicals. The most influential cartoonist of this period, Thomas Nast played a large role in bringing down “Boss” Tweed’s corrupt political machine in 1870s New York through a series of cartoons heavily critical of Tweed. Through a natural evolution, cartoons developed into comic books, first through publications containing compilations of cartoon re-prints, then as books with original cartoon artwork, before reaching critical mass through the creation of superheroes in 1938.

Published in 1897, The Yellow Kid in McFadden’s Flats is considered to be the first comic book, insomuch that it bore the phrase “comic book” on its back cover. Although images of caricatures with related wording have existed since the Middle Ages, comics gained popularity through publication in the British humor magazine, Punch, where a number of Golden Age illustrators honed their craft. Richard F. Outcault’s The Yellow Kid became so popular that in 1896 it was drawn in two different newspapers by two different artists at the same time—William Randolph Hearst’s New York Journal American by Yellow Kid creator Outcault, and Joseph Pulitzer’s New York World by artist George Luks—driving up sales of both newspapers. The use of sequential panels and word balloons in the comic strip had a tremendous influence on the future of cartoons and the comic book industry. Far from the full-color glossy comic books of today, The Yellow Kid in McFadden’s Flats featured black and white reprints of popular newspaper comic strips. Subsequent comic strip compilation books included reprints of The Katzenjammer Kids, Happy Hooligan, Buster Brown, and Mutt & Jeff.

The Golden Age of Comic Books began in June 1938 with the debut of Superman in Action Comics #1. Batman premiered less than a year later in Detective Comics #27.

The period from 1938 through the mid-1940s represents the peak of comic book popularity. Whereas current monthly sales of popular comic book titles hover around 100,000 copies, in the early 1940s Superman, Batman and Captain Marvel titles each regularly sold in the range of 1.5 million copies per month.

During the return to normalcy in post-war America, superhero comic books sales plummeted and many titles ceased publication. Through the mid-1950s, the void was filled by comic books containing more serious themes such as crime, romance, Western, and horror. However, through this period comic books based on the Superman, Batman, and Wonder Woman characters retained a modest audience.

In 1954, psychiatrist Fredric Wertham wrote in his bestselling book Seduction of the Innocent that comic books of all types were corrupting the youth of America. Wertham posited that Superman represented fascist ideals, Batman and Robin promoted a homosexual lifestyle, and Wonder Woman was a lesbian with a bondage fixation. Members of Congress were so alarmed that they called Wertham to testify before the Senate Subcommittee on Juvenile Delinquency.

Sensing public backlash, that same year comic book publishers created the Comics Code Authority in order to self-regulate their industry, much as the Motion Picture Association of America was formed to prevent government involvement in film production. The Code set a number of requirements for comic books:

“In every instance good shall triumph over evil…”

“If crime is depicted it shall be as a sordid and unpleasant activity.”

“Females shall be drawn realistically without exaggeration of any physical qualities.”

“…vampires and vampirism, ghouls, cannibalism and werewolfism are prohibited.”

Subsequently cancelling many horror, crime, and romance titles which violated the Code, comic book companies began publishing comic books featuring superheroes from the Golden Age. They revamped existing superheroes and created new superhero characters. The return of Flash, albeit an updated version of Flash, in Showcase #4 (October 1956) marks the beginning of the Silver Age, when superhero comic books saw a renewed commercial success.

The late 1950s through the 1960s saw a change from dark and supernatural comic book themes to the other end of the spectrum with books containing silly plots and a high degree of camp. Such plots involved Superbaby and “The Super-Monkey from Krypton” in Superboy #76 (October 1959) and Batman and Robin teaming up with comedian Jerry Lewis to fight the Joker in Jerry Lewis #97 (December 1966).

Heralding the outrageousness of the Batman television series in the mid-1960s, Batman comic books introduced ridiculous characters such as Batbaby, Bat-Ape, Bat-Mite, and Ace the Bat Hound. Also during this time, taking the place of serious villains to battle Superman, numerous forms of kryptonite were brought forth—gold, blue, Jewel, red-green, Magno, red-gold kryptonite and Kryptonite Plus.

The Bronze Age signaled a more realistic style within comic books as a younger generation of artists, including Neal Adams, John Byrne, George Perez, Frank Miller, and others, replaced aging artists who had helped to create the superhero comic books of the 1930s and 1940s.

The beginning of the Bronze Age of comic books is marked by the shocking murder of Peter Parker’s girlfriend Gwen Stacy at the hands of the Green Goblin in Amazing Spider-Man #121-122 (June-July 1973). In a genre where heroes are relied upon to surmount almost any challenge, it was revolutionary to illustrate the brutal murder of an innocent character alongside the ultimate failure of her anticipated savior.

In 1971, the Comics Code Authority relaxed some standards, going so far as to state, “Vampires, ghouls, and werewolves shall be permitted to be used when handled in the classic tradition …”

This more lenient attitude allowed for the return of the horror comic genre, including titles such as The Tomb of Dracula in 1972 and Ghost Rider and Tales of the Zombie in 1973.  Additional supernatural characters Man-Bat, Swamp Thing, and Blade were introduced in the early 1970s.

In addition, socially conscious stories became more numerous in the 1970s, most famously during the collaborative adventures of Green Lantern and Green Arrow as they fought against racism, pollution, and social injustice. Green Arrow also confronted his sidekick Speedy’s heroin addiction while Iron Man came to terms with his alcoholism.

Understanding that a vast majority of their superheroes were Caucasian men, DC and Marvel introduced a slew of minority superheroes such as Storm, Black Lightning, Blade, and the Green Lantern John Stewart.

Kicking off the Dark Age of comic books was the publication of the monumental series Crisis on Infinite Earths. To commemorate DC Comics’ 50th anniversary, DC published Crisis on Infinite Earths as a 12-issue comic book event. In this series, DC planned to clear up decades of plot inconsistencies, as well as bring together conflicting characters from the Golden Age and the Silver Age. The idea was to have multiple alternate realities brought together to make one consistent reality, as in reconciling how Green Lantern Alan Scott from the 1940s can exist in the same reality as Green Lantern Hal Jordan of the 1960s. To wit, the Justice Society of the 1940s (with their Green Lantern) could exist at the same time as the Justice League of the 1960s (with a different Green Lantern). To solve some of the inconsistencies, certain major characters were killed off and characters long out of play were brought back with new storylines. Ultimately Crisis on Infinite Earths was a major success for DC Comics.

From the mid-1980s through the early 1990s, anti-heroes were popular. Dark, pessimistic stories reigned, as in Alan Moore’s Watchmen, where a world looks down on once mighty superheroes or in Frank Miller’s Batman: The Dark Knight Returns where a 55-year-old Batman has retired from crime-fighting, leaving criminals to terrorize Gotham City.  Readers witnessed Superman dying, Batman becoming critically injured, and Green Lantern Hal Jordan slaughtering his fellow Green Lanterns.

The Dark Age also saw the publication of the Pulitzer Prize-winning Maus, Art Spiegelman’s moving, autobiographical tale of a Jewish family in Poland living through the reign of Nazi Germany.

This period ends with a massive sales slump and industry downsizing caused by a speculator’s market where excess merchandise, too many collector’s editions, and too many series were produced in an inflated market. The sales slump contributed to the bankruptcy of Marvel Comics in 1996.

The publication of Alex Ross’s Kingdom Come in 1996, which harkened back to the optimism and strength of Silver Age superheroes, marks the beginning of the Modern Age. During this period, comic book publishers attempted to rectify their mistakes by creating a leaner business plan and putting more effort into a fewer number of projects. Following the dismal failure of the motion picture Batman and Robin (1997), superhero films were put on ice for retooling. In 2000, the modest success of The X-Men helped put the popularity of the superhero movie back on track.

Over eighty years since the debut of Superman, the comic book industry has remained relevant through the early adoption of digital comics, successful saturation into the film and television markets, and maintaining a strong connection to their fan-base.