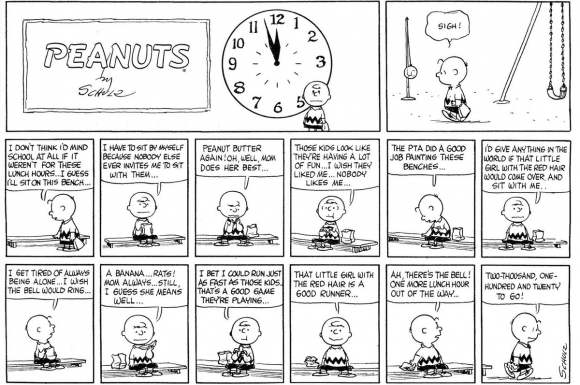 Comic strips such as The Katzenjammer Kids, Happy Hooligan, and Gasoline Alley began appearing in newspapers in the late 19th century and early 20th century and quickly found an audience with the American public. The sequential nature of the strips, in addition to thought or speech balloons, defined the new art form. Compilation books of comic strips were first published in the early 1900s and evolved into comic books in the late 1930s.

Present day comics strips can be found in every newspaper and many magazines. They are typically published in black and white in the newspaper editions running Monday through Saturday and in color in the Sunday edition.