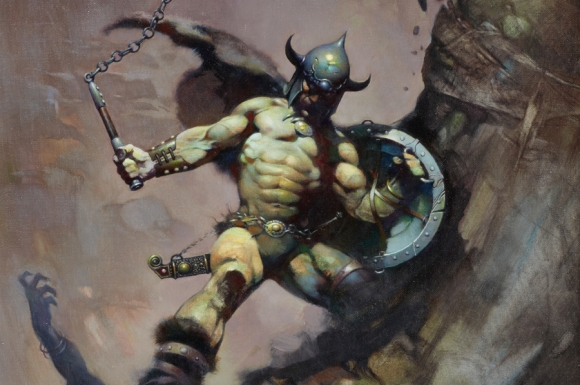 Fantasy, derived from the Latin phantasia, meaning “imagination,” has been a defining characteristic of our species for over five thousand years of recorded history. Cultures
around the world have created, adapted, and transformed fantastic images, often similar in form, to contemplate the reasons for our existence. These imagined realities have
addressed eternal, universal themes of heroism, tragedy, love, creation, and destruction. In carefully crafted tales of the imagination, we have been given instructions for navigating the human condition. The Swiss psychiatrist and psychoanalyst Carl Jung, in fact, believed we are born with the basic structure of these tales within us:

“The preconscious psyche—for example, that of a new-born infant—is not an empty vessel into which, under favourable conditions, practically anything can be poured. On the contrary, it is a tremendously complicated, sharply defined individual entity which appears indeterminate to us only because we cannot see it directly. But the moment the first visible manifestations of psychic life begin to appear, one would have to be blind not to recognize their individual character, that is, the unique personality behind them. It is hardly possible to suppose that all these details come into being only at the moment in which they appear. . . . We explain by heredity the gifts and talents which can be traced back through whole generations.”[1]

Fantasy interprets the imagination of the undiscovered self and gives visual reference to the paths we must take, and the lessons we must learn, in order to better ourselves. Representations of dreams and nightmares, fictional creatures, and gods and monsters are made real through visual portrayals in fantasy art. “Imagination is more important than knowledge,” Albert Einstein commented, in a 1929 interview with the Saturday Evening Post. “Knowledge is limited. Imagination encircles the world.”[2]

Wizards of the Coast LLChttps://www.illustrationhistory.org/illustrations/beholder